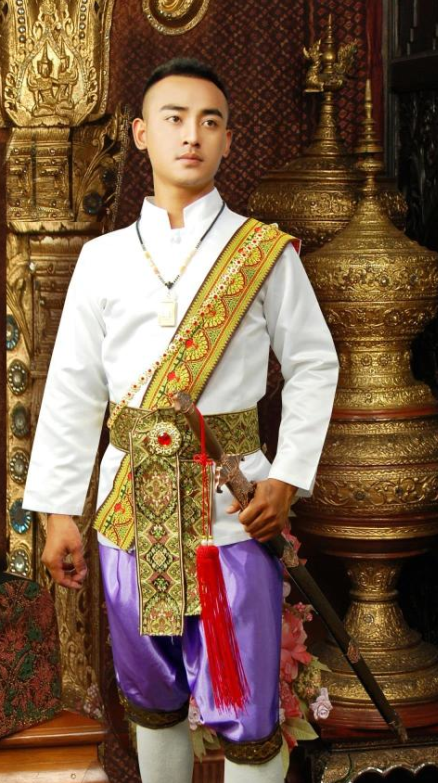 Also known as panang (or panung), it is one of the most widely observed traditional outfits. It consists of a long strip of wide fabric that is wrapped around the person’s waist. This cloth extends below the knees. It’s bottom wear, usually paired with a pah hom. Sometimes Pha Nung is passed between the legs and tied behind by tucking it away in a manner called “Chong Kraben”. This is done so that the cloth does not get in the way of walking. The Pha Nung is similar to the Sampot, a traditional Cambodian garment. Sampot is worn just like Pha Nung. It is worn by both men and women. To be precise, the cloth draped around it is on average almost 3 meters long. The Pha Nung is also on display in the famous The Metropolitan Museum of Art, which is attributed to the gift of James HW Thompson (1953). It was issued in 1972. You should also check out our earlier post on Korean traditional clothing.

First of all, you will need a cloth almost 3 meters long. The width depends on you. The simplest rule is that it needs to be at least as wide as your legs and the length should be four to five times the width.
Having your friends help you get dressed is a preferable option because it will make it difficult to reach your back while tying the Pha Nung.
You should first tie the scarf around your waist. Make sure it’s exactly the middle half of the sheet of fabric.
Then tie a knot that connects both ends. Your shawl should be tight around the middle of your waist. Hold the top corners to keep them from falling.
Now pull the ends out of the knot and put them together parallel and straight. Follow this step by gradually folding the cloth. To give a rough idea, each crease should be at least as wide as a hand. The fold should be done in this pattern, first left, then right, then left, then right … and this continues until you reach the bottom of the fabric.
Once you get to the end, fold the sheet flat and roll the folded end inward at least twice. We recommend either a friend’s helping hand or a safe needle to hold all of these folds together.
The entire folded portion of the sheet should now be shifted back between your legs.
At the back, drape the crease on each side. The more symmetrical, better and tidier it looks.
Fasten the Pha Nung around the waist. You can use an elastic band or belt here.
And voila!